Will Dzombak is one of the entertainment industry’s most prominent names in music management, best known for his role in growing the career of Grammy-nominated rapper Wiz Khalifa and his Taylor Gang Entertainment.

Growing up as the middle child of three siblings in Pittsburgh, PA, Will’s love of music started at an early age by playing the drums in various bands throughout his high school years. It wasn’t until he and some friends started the band The Elderly, which he served as both the band’s drummer and manager, that Will realized that he had found his calling.

After graduating Central Catholic High School high school in 2006, Will attended Penn State University where he majored in Integrative Arts. He co-founded an indie events company named Nittany Booking with a friend he knew from Pittsburgh, booking small bands in the State College area.   While at Penn State, Dzombak helped with social activities for his fraternity, which included booking artist performances, the first of which was a fellow Pittsburgh native and rising rapper by the name of Wiz Khalifa. After the first show’s turn out exceeded expectations with over 300 people in attendance, Khalifa sought out Dzombak’s help with continuing to book shows for him. “The Penn State show was a blast, opening the doors for Wiz and my relationship”

Within a matter of years, Dzombak has taken Khalifa from local rapper to one of the biggest artists in the music industry, creating the blueprint for what lucrative touring currently looks like, not to mention redefined what a hip-hop concert looked like. Dzombak has helped Khalifa create one of the most successful and consistent summer tours for the last 7 years. “The key to Wiz’ summer tour is simple; it’s about having fun. Wiz knows his audience well and what type of show they want to come see. We bring artists out on tour whose music we are genuinely fans of. It doesn’t hurt that Wiz is an absolute rock star.” In addition to serving his manager, Dzombak has also been crucial in the music side of Khalifa’s career serving as one of the executive producers on Khalifa’s last three full length releases.

In 2014, Dzombak partnered with Khalifa to officially launch Taylor Gang Ent., inspired by the loyal and organic fanbase Khalifa built over the years. In addition to running and overseeing the day-to-day operations of Taylor Gang Entertainment, Dzombak has built the company in to a multi-service entertainment conglomerate which serves as both a management company, as well as an independent record label, with major label distribution. In addition to a roster of Taylor Gang affiliated management clients, Dzombak helped launch and catapult the career of renowned singer/songwriter Ty Dolla $ign , as well as reinvent hip-hop legend Juicy J with his multi-platinum anthem, “Bandz Make Her Dance (feat. Lil Wayne).”

Most recently, Dzombak has helped groom Taylor Gang management client TM88 into one of the most successful producers both in the studio on and on the road. Prior to producing Lil Uzi Vert’s Grammy-nominated monster single “XO Tour Life,” TM88 relied on Dzombak and his employees team to reorganize the entire TM88 business and bring it to a new level. Dzombak saw the massive success of “XO Tour Life” as an opportunity to expand TM88’s profile outside of just the go-to producer by securing the producer an agent and touring team, who have already locked in tours and show globally. In 2016, Dzombak was integral in TM88’s multi-million dollar deal with Capitol Records, to release several albums as an artist, while continuing to serve as one of the music industry’s hottest producer.

While securing his footprint in the music industry, Dzombak simultaneously launched The William Gerard Group; a branding and management company which not only manages various social media influencers but secured Dzombak as one of the most forward-thinking businessmen. Recent ventures include the e-sports team “Pittsburgh Knights,” as well as the organic, cold-pressed “Greenlight Juice,” shots which boast anti-inflammatory, immune boosting, and cognitive enhancing properties. In addition to this, Dzombak has also invested in and helped grow and expand Khalifa friendly products including McQueen and Violet Fog Gin, as well as RAW Paper products. Loyal to his Pittsburgh roots, Dzombak is working with the City of Pittsburgh to bring modern arts to the Warhol Museum, as well working on various music and food festivals to the city.

With Forbes including him in their coveted list of 30 Under 30, Dzombak credits a lot of his success to four things: PASSION: “Never lose your passion for whatever it is you do. For me it’s music. Throughout my entire career, there have been ups and downs, but I have never lost my passion for music and the artists I work with.” RELATIONSHIPS: “I firmly believe that in the music industry, as with most industries, you are only as good as your relationships and I pride myself on my relationships.” KINDNESS: “Just because it’s business and you’re dealing with money, doesn’t mean you have to be unethical and ruthless. I run my companies with the mentality I was taught as a kid; ‘treat others the way you want to be treated.’ I’ve instilled this in the minds of everyone on my team and how I approach every deal I associate myself with.” PATIENCE: “Not everything happens right away. It took me a long time to learn that but it’s one of the most important lessons I’ve learned. If you really believe in something, stick with it. I know it sounds cliché but it’s true. There were so many times early on with Wiz when we weren’t getting booked for shows or hadn’t gotten that hit record and I could have jumped ship. But I believed in him and his vision.” 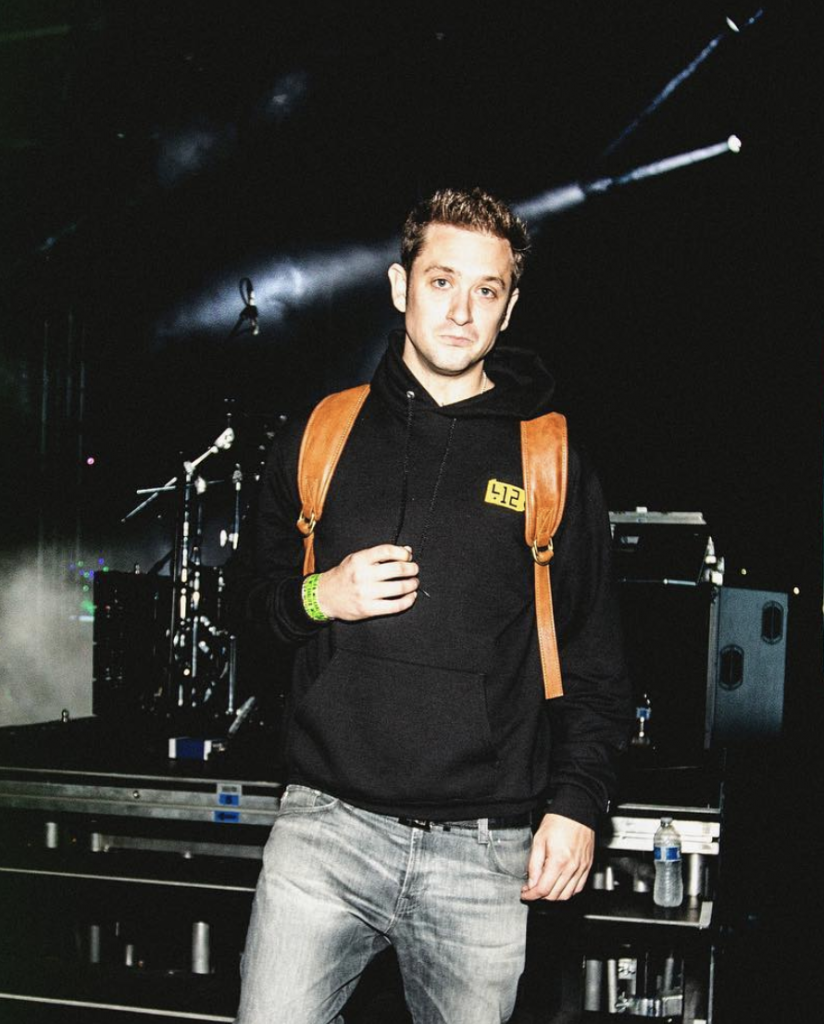